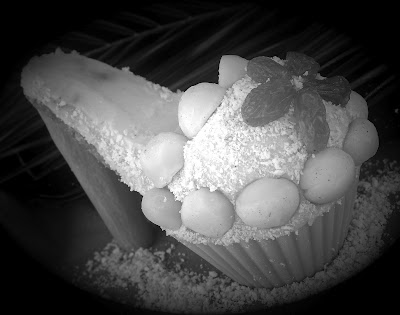 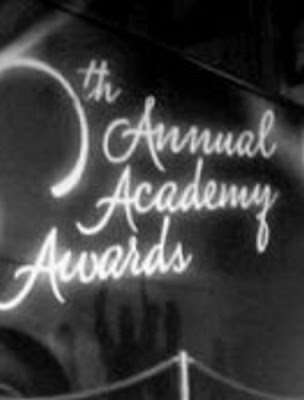 If you've been following my blog all along, you probably already know about my family's award show tradition. For the Academy Awards (and the Golden Globes and sometimes the Emmy's, too), we have our own private party, complete with ballots (we compete to see who comes up with the most accurate predictions), hors d'oeuvres (I love an excuse to make chocolate-dipped strawberries), dress-up clothes (we get dressed up for the occasion, usually in old prom or homecoming dresses) and a red carpet photo shoot (pics on a scrap of red fabric).

Unfortunately, the usual Sunday dinner crowd might not be complete this year. A third of the group has other plans (my nephew's big cub scout event is on the same night, and his parents and brother wouldn't miss it for the world). It just wouldn't be the same without them. 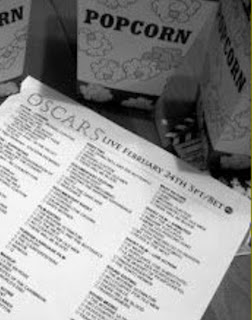 My father suggested we get together on Monday instead to watch a recording of the Oscars. We could just pretend it was Sunday night. But, to make it seem more realistic, we'd have to wait to view the awards or find out who won. That means we'd have to go a full 24-hours avoiding the radio, television and all social media. You can't even check the weather without finding out the Oscar results these days.

It reminds me of that episode of "How I Met Your Mother," when the cast decided to do the same thing with the Super Bowl. It didn't quite go as planned for them either. 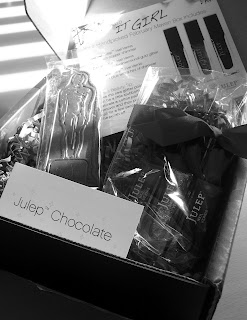 In the end, I might just stay home and paint my nails this glittery gold "Oscar" color. Maybe I'll enjoy a yummy Rawdorable version of these high heel cupcakes. As usual, mine is nut-based, rather than the traditional baked variety. It's just fun to assemble food this way.

The "cake" flavor is based on the Ginger-Macadamia-Coconut-Carrot Cake from Isa Chandra Moskowitz's "Vegan With A Vengeance" cookbook, which perfectly compliments my cupcake shoe's carrot stick stiletto heel, coconut pineapple sparkles (coconut flakes and freeze-dried pineapple finely ground into a sparkle dust) and macadamia nut "pearls." 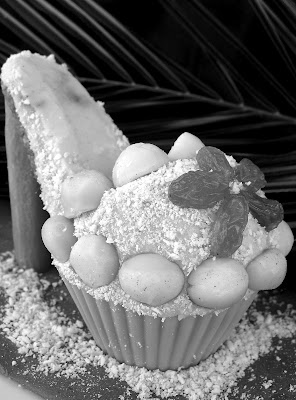 I shaped my cupcake (leaving room for some extra icing that doubles as a filling) and formed some of the excess "batter" like the sole/arch of a high heel shoe. I frosted it with my "Butterdream," although you could also use Punk Rawk Labs plain nutmilk cheese mixed with your favorite sweetener.

After decorating it with coconut pineapple sparkles, macadamia nut "pearls" and a golden raisin flower (I thought they shined like gemstones), I took a few pics of it to share with you, posing on its own red carpet. I even converted some of the photos to black and white in honor of "The Artist," my personal pick for Best Picture. Who do you think will win?

Oh, and if you are interested in how to make the base of this cupcake, here's the recipe. I named it 24 Carrot Golden Cupcake for the carrots, golden raisins and the possible 24 hours of waiting to find out the Oscar results. In true movie magic fashion, I've also transformed the black and white pics back to color (like in "The Wizard of Oz"). 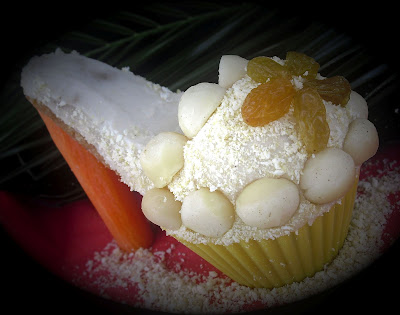 24 Carrot Golden Cupcake
*Makes one yummy Rawdorable cupcake, perfect for the red carpet
In a mini food processor or blender, grind the almonds, coconut flakes and freeze-dried pineapple into a flour-like consistency (you can also substitute some of the almonds for leftover nut pulp from making nutmilk to result in a lighter cake texture). Add the finely grated carrot and process again to incorporate.

Then, add the macadamia nuts and process one more time to break them up a bit (you want them to still be recognizable as macadamia nut pieces throughout your "cake"). Transfer the "flour" to a bowl. 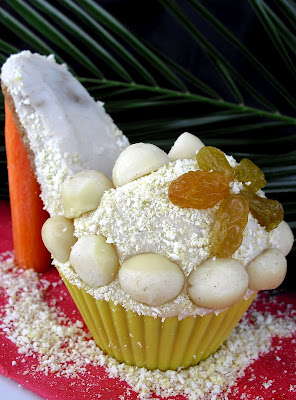 Next, add the golden raisins, date paste, vanilla, sea salt, cinnamon and ginger. Whisk to combine (a whisk helps keep the "batter" fluffier). The batter should be moist, but not so damp that it requires "baking" in a dehydrator (although you could if you desire).

Form the batter into a cupcake shape, leaving a melon ball size valley in the center and a small amount to the side to top it off. Fill the cupcake with raw "butterdream" and top it with the excess dough. Carefully blend in the seams.

Frost the cupcake with more "Butterdream" Icing. Then, decorate with coconut pineapple sparkles, macadamia nut "pearls" and golden raisins positioned to look like a flower on top. Yum!

*This recipe can be made into a high heel cupcake by setting some of the batter aside to form the sole/arch of the cupcake shoe before forming the actual cupcake shape. Use this piece to connect the cupcake to a carrot stick heel. Then, decorate to look like an embellished shoe.