I can have my cake and eat it, too 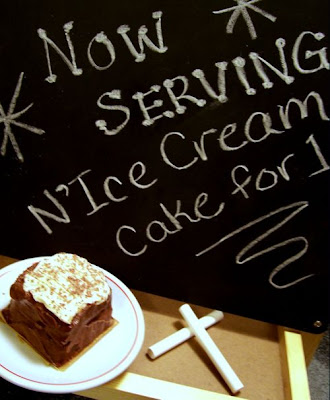 If you've been following my blog all along, you are already aware of the fact that I'm the only raw foodie in my family. And, I'm not just referring to my household (although my hubby and my son will try a few things every once and a while). Neither side is raw, much less vegan.

So, how do I handle these family gatherings?

Well, my side of the family is usually willing to experiment, so I tend to bring a dish or two to share (last year, I brought a whole mini buffet). They also make sure to have raw fruits and veggies, and my aunt has been known to bring a good vegan salad every once and a while.

On my hubby's side, they like to stick with their traditional fare, although his dad and sister-in-law have been brave enough to try a bite of whatever I'm eating (I tote along my own raw plate). His mom always provides a veggie tray, and sometimes his uncle will set aside some green beans before he cooks the rest (occasionally he also bakes me a sweet potato, since it is one of the only items I'll eat cooked in the colder months). 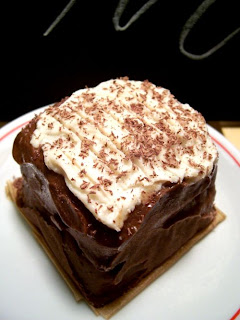 Last night, we gathered at Matthew's brother's house to recognize Jacob's (yes, he's still celebrating) and Jason's birthdays. Of course, there was cake, so I needed to bring something for dessert.

Usually, I'd take some raw cake (I did have a few cupcakes in the freezer) or n'ice cream. Since I heard they were having ice cream cake, I decided to combine the two.

At the last minute, I opted to make an individual slice of raw n'ice cream cake for yours truly. It was easy; I just whipped up some banana-based chocolate n'ice cream in my food processor, shaped it into a square, added a layer of raw chocolate cookie crumbles, and topped it off with more n'ice cream, some leftover raw whipped icing (I always have some on hand these days) and chocolate rock shavings. Now that's a n'ice cake :-) 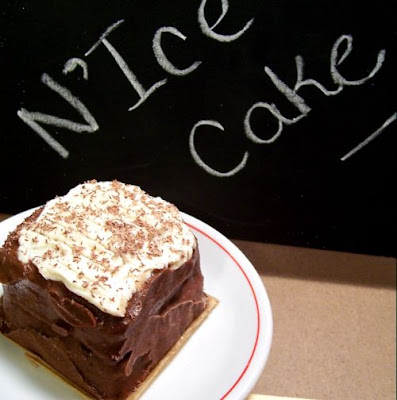 Posted by shannonmarie at 7:50 AM