It's all in the presentation 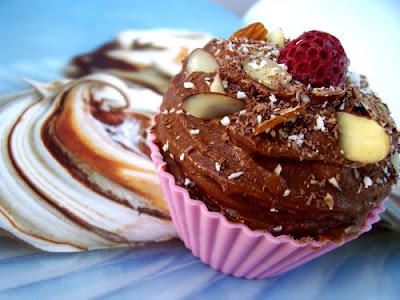 We've heard that line a million times (most recently, I was reminded of this fact on The Fitnessita's blog, although her exact words were, "you eat with your eyes first"), because it is so true. Sure I can eat the same things day in and day out, but they somehow taste so much better when they're all dolled up. 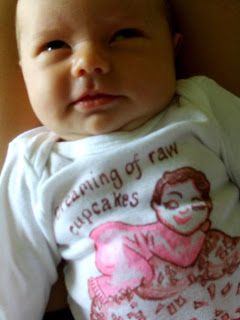 This explains my fascination with cupcakes. Why settle for a plain ordinary slice of cake when you can have your own personal confection served up in a cute little package?

Speaking of cupcakes, Hayden just peeked out from dreamland long enough to see if her wishes had come true. It looks as though they have :-)

This particular cupcake really makes the ordinary extraordinary. Not only is it a cupcake, but it's the n'ice cream (did you see Rachael Ray make her version the other day?), too.

Now, I have whipped up a small slice of n'ice cream cake in a hurry just before leaving for a family birthday celebration, but this way really does take the cake. Instead of forming it into a slice, I molded it into a cupcake, reminiscent of my sundae-style cupcake. Which one would you rather eat? I'm betting on the n'ice cream cupcake. It really is the best of both worlds :-) 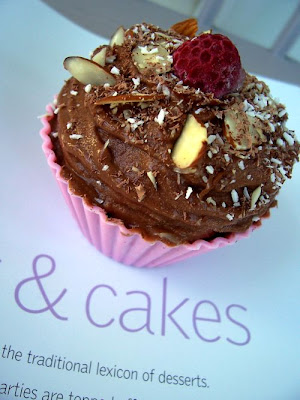 Posted by shannonmarie at 6:21 AM