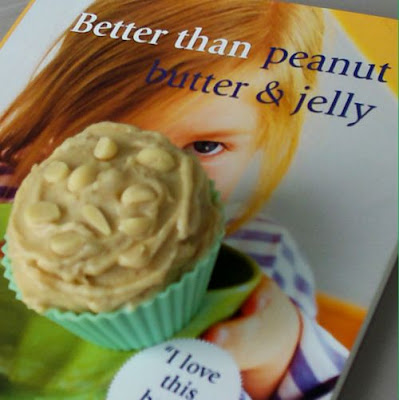 "Tubby Tuba" or "Pooh Bear." You'd never know it to see me now, but I was quite the pudgy baby (which explains the nicknames). 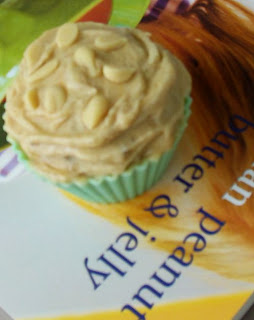 And, it looks as though Hayden is following in my footsteps. She is a month old, as of yesterday, and my husband is already starting to comment about the invisible rubber bands wrapped around her wrists (you know, the little chubby roll marks). Both Jacob and I had them, too, until we became more active (it's hard to burn off that breast milk when you're not crawling/walking yet).

My little Weeble Wobble is definitely not deprived and neither is her mommy. You'd think I was still pregnant with the way I've been giving in to my cravings. At least my waistline doesn't show it (I can't believe it's already shrunk back to normal), as I've been opting for healthier versions of my decadent desires.

For instance, I've continued the Maggie No-Moo trend with another flavor I enjoyed when I was pregnant with Jacob. I had taken a break from being raw vegan at the time, so it was no surprise to find me at an actual Maggie Moo's location ordering up the peanut butter ice cream with peanut butter chips mixed in (mixing in your choice of toppings on a marble slab is their specialty). 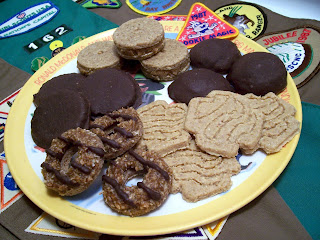 Reminiscing about this craving, as well as the peanut butter shake I used to love from a place called "Tubby's," I decided to whip up yet another n'ice cream cupcake in a similar flavor. Now, you could flavor your banana-based n'ice cream with natural peanut butter (if you don't mind peanuts and the fact that it is cooked), or you could try this mixture, which I find to be a good substitute.

I've used the following recipe in my Do-Si-Raws, Rawgalongs and my PB&J Tart, but in case you don't click on the backlinks, here it is again:

Combine all the ingredients in a bowl. Enjoy as is, or as a replacement for peanut butter in your favorite PB recipe.


I, of course, recommend using a hefty spoonful of the stuff processed into your n'ice cream. Then, shape the n'ice cream into a cupcake shape (silicone liners are great for this) and top with either frozen bits of this peanut butter-like combination or some homemade raw white chocolate chips. I was a bit lazy this time, so I have to admit that I used these store-bought vegan ones instead. Oh well, nobody's perfect :-)
Posted by shannonmarie at 8:28 AM