A day of play 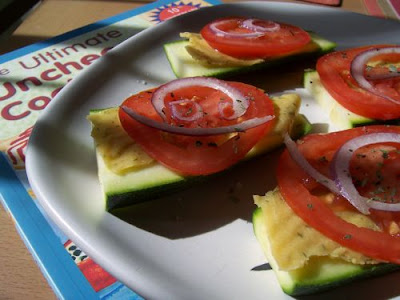 The sun is out, the snow is gone, and I'm finally blogging about our day of fun. Oh well, better late than never. Sometimes I have so much to say at once, that I try to spread it out to avoid overly lengthy posts (admit it; you just skim it if it looks like a doozy). 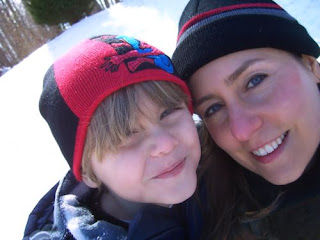 So, back to the snow. We didn't get much, but it was enough to get my son excited about going outside in it. He even set up his photo shoot on our snow-lined steps.

He had to get the pic just right, meticulously setting up each element, shifting them around until they were in their proper place. He even added some extra snow in strategic locations. He was so proud of himself.

Once he felt he had taken the perfect shot, Jacob and I finally got to play in the white stuff, which was melting fast. We made snow angels, shaped snow balls (and threw a few, too) and took silly pictures of the two of us and our pink noses and cheeks (it was really cold out there). 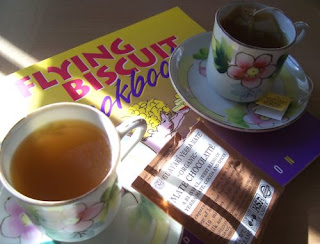 Then, we needed to warm up inside. Jacob insisted on having hot chocolate (according to him, it can't be a snow day without it), so that's what I made for him.

I, on the other hand, opted for some chocolate yerba mate tea, served in the very same mini teacups and saucers my grandmother used to give me hot cocoa in when I was little. Lucky for me, she let me have them when she moved.

We kept lunch simple, because we still had a lot on our agenda. I had zucchini topped with dehydrated herb "cheese" slices, tomato, red onion, sea salt, freshly ground pepper and dried basil. Jacob had cheese and apples. 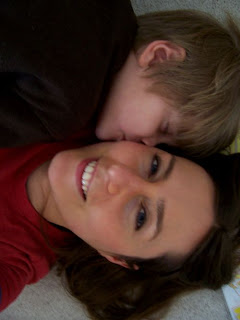 Then, it was back to playing again. We did the usual lightsaber duels and acting out scenes with Legos (okay, maybe not this one, but I thought it was cute), and then, we calmed things down a bit with some reading from his Nickelodeon magazine. This issue came with 3-D glasses, so we took turns looking through them at the comics inside. To my surprise, the pictures really did seem to pop right off the page.

Next, we snuggled up on the couch to watch "The Mr. Men Show" we taped earlier in the day. This episode was all about night and the scary things associated with it. Jacob and I got a kick out of how Little Miss Scary would pop up and startle one of the men. He thought it was so funny, that he paused it to take this picture for you. 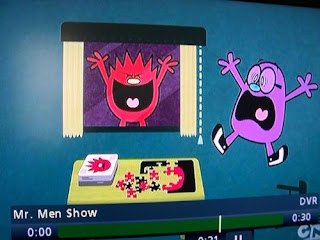 Thanks for letting us share our day of play. Hopefully, you're having fun, too.
Posted by shannonmarie at 11:35 AM

i know! i'm awful about the photos, they'll be up soon, i'll get my act together and post them with recipes. .

oh love, this photo of the two of you= delicious coziness and what feels like the unimagineable to anyone but a mother- loving bond between the two of you.

it just made my afternoon!
xx jenny

You two are pure 100% cuteness and sugary love!
love it!
deb