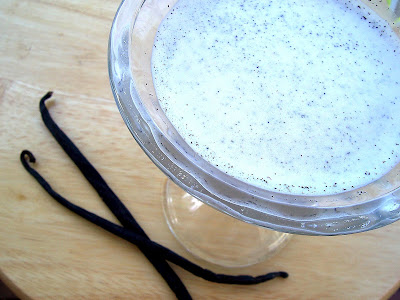 ... but I can still participate, although not officially. As I mentioned in my last post, Vegan Mofo III has begun and I had hoped to be a part of it. I e-mailed Kittie to be added to the list, but unfortunately, missed the deadline by one day. As a result, I won't be an official link.

On the bright side (I always try to be optimistic), I can still mention the event, as I continue to post about vegan food throughout the month of October. And, since I'm not officially on the list (check out the rest of the Mofo-ers), I won't feel bad if I skip a few posts here and there (the plan was to post daily).

So, onto today's post, which is a continuation from yesterday. "That Morning Show" this morning was a repeat of the one I watched yesterday (okay, so that was confusing), reminding me again of those milkshakes (minus the milk, of course) and the soda fountain/candy store that was also featured. 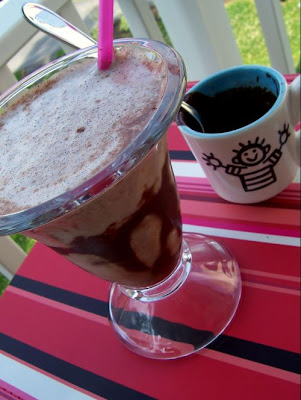 Mmmm ... an old-fashioned soda fountain and candy store. That would be a cool raw vegan hangout. Instead of candy, there could be raw snacks like dried strawberries (Juliano always referred to them as raw bubblegum), gojis, "candied" nuts (made with natural sweeteners in a dehydrator) and raw chocolate bars, etc.

As for the beverages, I already suggested the shakes, smoothies, floats and kombucha, but don't forget the classic egg cream, minus the egg and the cream. I rawified one for a We Like It Raw post last year. For those of you who don't click on the backlinks (although you should check out the site anyway), here is the recipe again:

In a high-speed blender, blend the Brazil nuts and water until fairly smooth. Strain this mixture through a nut bag, cheesecloth or a fine mesh strainer.

Add the “milk” back into the rinsed blender, along with the coconut butter, agave, lecithin, vanilla and sea salt. Blend to combine, and then chill in the refrigerator.

When you’re ready to serve, add 2 Tbsp. each of the cocoa/syrup mixture to the bottom of two glasses. Divide the finished nut milk between both of them. Top off with the sparkling water, stir and enjoy with a friend.

*You can also make a standard vanilla version by eliminating the cocoa powder and adding more vanilla. I’ve been known to enjoy mine with a drizzle of sweetened strawberry puree. 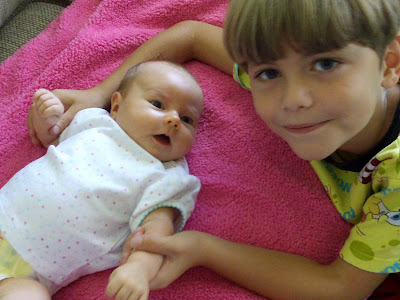 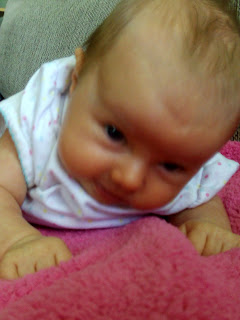 Since I really kept up this blog to inform friends and family as to what is going on in my life, here are some nonfood-related pics of my other loves, Hayden and Jacob. They were so cute playing together that I had to capture it and share it with you.

Hayden practiced her smiles and some tummy time, as Jacob and I took turns with the camera. Here she is pushing up (she was getting a little tired of it by the time I tried to get this pic; it's hard to get a clear shot of this struggle) ...

... and falling over again. Now that's a frustrated face :-) 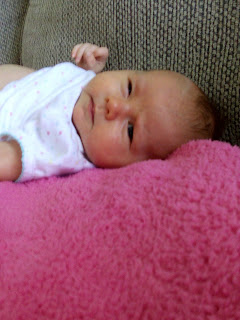 Posted by shannonmarie at 10:23 AM