Did you save some extra "flour?" 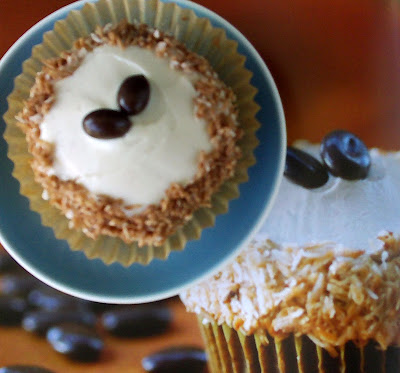 I hope so (referring to the ground cashew/coconut flakes from this year's rawified Halloween cupcake, of course). It will definitely come in handy for making this little gem. You already have one step out of the way, so let's head into the kitchen for some more raw "unbaking," courtesy of Vegan Mofo III (it's helped me rediscover my creative side; I've really embraced the challenge this month).

If the shot looks familiar, it's because the backdrop and inspiration are from "Vegan Cupcakes Take Over the World." This would be my rawified version of the Toasted Coconut Cupcake, but I can assure you that mine is not only "unbaked," but also "untoasted." 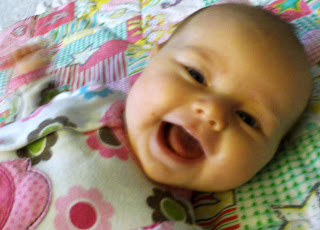 The "toasty" looking coconut is flavored with Java Teeccino, since I don't do coffee, and would've been "toasted" in my dehydrator, if I had the time. Little lady has been less predictable lately, so I opted instead to absorb the excess moisture with a bit of cocoa powder. As a result, the coconut ended up with a mocha flavor and a darker, more photogenic color.

Whatever you chose to do, I'm sure you'll enjoy the cupcakes. Follow the recipe below, or feel free to make your own substitutions. 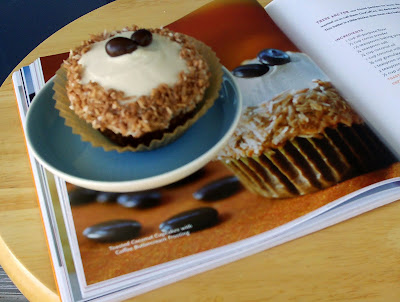 Untoasted Coconut Cupcake
*Makes one cupcake for those times you just want what everyone else is having. Feel free to make a larger batch if needed.
In a small bowl, combine the nut flours, cocoa powder and sea salt. Stir with a whisk or use an electric mixer.

Next, add the date paste, 1/2 Tbsp. of Teeccino and a touch of vanilla. Whisk/mix to combine. The batter should be moist, but not so damp that it requires "baking" in a dehydrator (although you could if you desire).

Form the batter into a cupcake shape, and frost the top with a couple tablespoons of raw whipped icing mixed with the rest of the Teeccino. Cover the edges of the icing in "untoasted" coconut flakes (the ones mixed with Teeccino and cocoa powder), and garnish with chocolate-covered espresso beans (I used chocolate-covered raisins instead to achieve this look). Enjoy!
Posted by shannonmarie at 6:35 AM